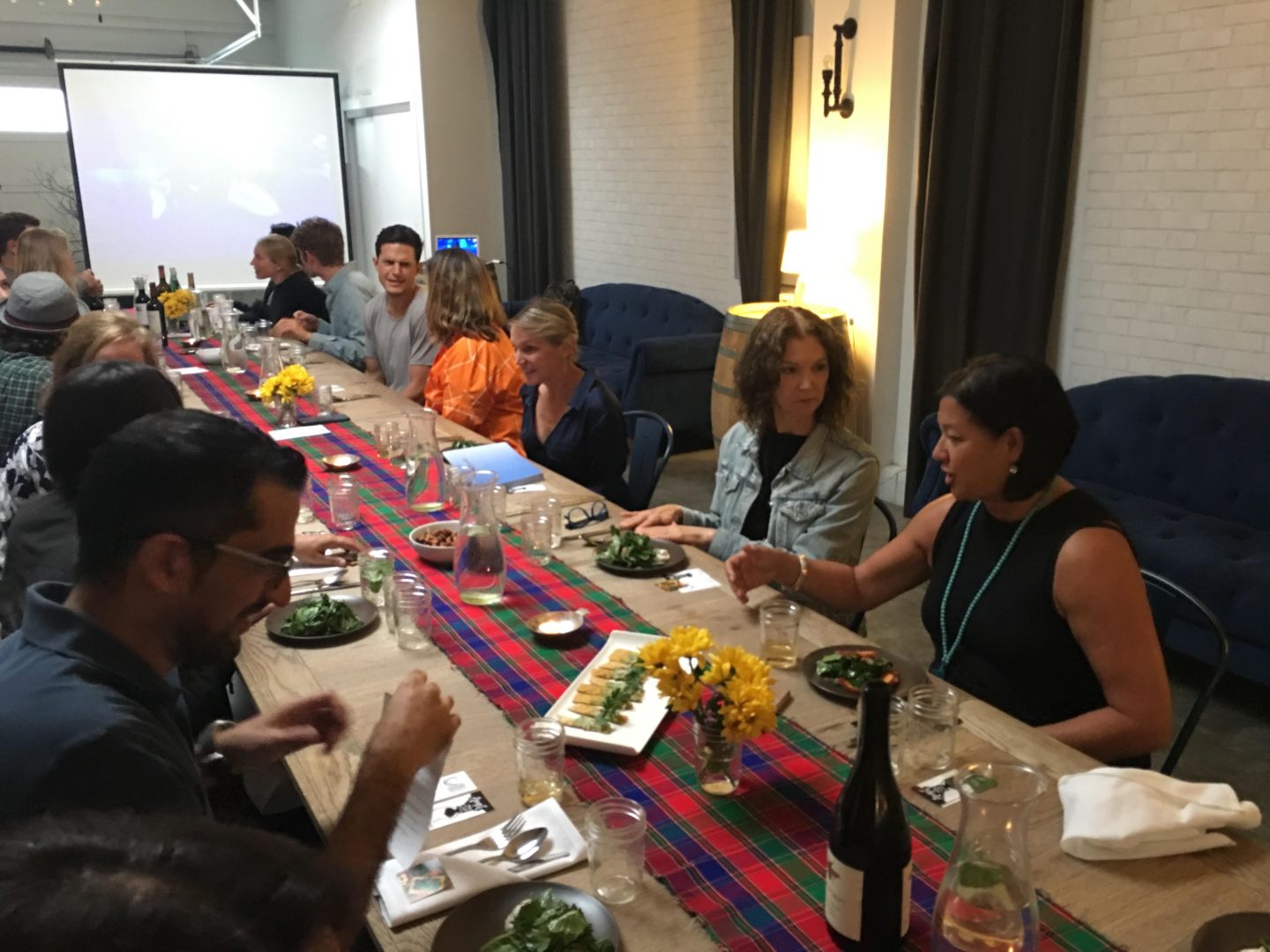 This Movie Played a Star Role in My Life

Movies transport us. They can take us into fantasy worlds, like the utopian planet created in the film Avatar, where a supreme reciprocity between nature and all living beings is threatened by human greed. Or in the twisted delight of drifting along a river of chocolate with a mad-scientist-chocolatier in Willy Wonka and the Chocolate Factory, or along for a journey into the boundless imagination of an eccentric inventor who forever believes in following one’s dreams in Chitty Chitty Bang Bang. Movies also give perspective and bring us closer to understanding and offer perspectives about current societal issues, such as how plastic pollution is harming the world’s oceans and marine life as revealed in Straws. Or When Two Worlds Collides which takes the viewer into the Peruvian Amazon to reveal how the interests of multinational-corporate continue to trump efforts to protect tribal lands and the environment, exposing the clash between indigenous minorities and governmental abuse. Or the compelling story of a single life, for example, how one man’s vision and determination can lead to living out one’s daring dream as portrayed in Man on Wire. In a warm and thought-provoking conversation with Ana Blanco and Scilla Andreen, we discussed the impact of film, in particular, that of documentaries and dramas.

Ana observed that, in documentaries, the subject matter plays the starring role. Documentaries are to the film industry what investigative stories are to journalism. Everyone participating in the conversation had an example of a documentary that made an impact upon them. Religulous, uses a satirical and humoristic lens to expose the hypocrisy in religion, and Citizen four shows the courage of Edward Snowden’s intervention in exposing the US government’s covert-surveillance of private citizens. Cinematography and narration also play important roles in documentary film and “make or break” a documentary from being too blandly factual. Remarkable examples of cinematography can be viewed in The Salt of the Earth, by Wim Wenders and Juliano Ribeiro Salgado on the work of photographer Sebastiao Salgado, or the visually sumptuous Samsara by Ron Fricke.

Our discussion continued into “based-on-true-stories” movies, such as, The Big Short and how actors bring their talents to enliven the telling of a story, recreating history in ways that an interview may not capture. Dramas, based upon real events humanize a story by touching upon a moral or ethical subject matter and fictionalized narrative brings forth a universal understanding and compassion, for example, Richard Attenborough’s Cry Freedom that tells the story of racial discrimination and political corruption in apartheid South Africa through the story of Steve Biko; and, Trade, a movie based on a New York Times Magazine article “The Girl Next Door” which exposes the horrors of human trafficking and sex slavery.

Everyone around the table agreed on the critical importance of documentaries, yet noted the discrepancy of funding and imbalance of in “box-office” as compared to other movie-industry genres. Clearly, documentary films receive more funding when they feature famous people or big-name actors as narrators. This is evident in popular documentaries like March of the Penguins narrated by Morgan Freeman or Oceans narrated by Pierce Brosnan, An Inconvenient Truth funded and promoted by Al Gore, and Before the Flood produced by Leonardo DiCaprio.

Movies impact our lives, we can all agree.  I shared that watching The Cove changed my eating habits, previously a pescatarian I became a vegetarian. One person who grew up in Europe shared that by watching Hollywood movies in her youth had idealized her view of an American life. Unanimously, it was agreed that movies idealized romantic love and could be blamed for our unrealistic expectations of relationship.  While I take a rather snobbish, purest perspective that it is better to read the book before watching the “based on…” film, one person stated that by watching Merchant-Ivory productions she had become a fan of literature—and a reader!

With so many movies, how does one choose? Many claimed that word of mouth from friends or people whose opinions they valued was their greatest source for movie referrals. None mentioned a particular go-to critic, and only a few were influenced by Rotten Tomatoes reviews or IMDB internet reviews. How about local newspaper, New York Times, or other notable publication critics? Some admitted they relied upon general buzz or hype. And, the independent film connoisseurs confessed that while they would never read a review before seeing a film, they would read reviews afterward to validate their own opinions. One participant stated that he reads reviews after watching (particularly transgressive cinema art) in order to draw understanding from whatever had transpired over the two hours instead of remaining in confused turmoil in his mind. I may choose by previewing trailers; yet sometimes, I never get to selecting a movie because I have spent an entire evening watching the trailers.

Now for the list of movies that played a star role in the lives of those at our gathering. As mentioned, The Cove moved me to tears when I saw the brutal slaughtering of dolphins and I’ve never eaten fish since. From my youth, I remember watching time and time again The Wizard of Oz, which is a timeless favorite and a story of female empowerment. Dorothy is a wonderful role model. The original “fearless girl,” she strikes out on her own (with her sweet four-legged companion, Toto) into a strange land to find her and along the journey to find her way home she discovers that love, courage, and intelligence are within her—she returns home to her inner confidence.  And she is no shrinking violet, fighting back against the wicked witch and scolding the fraudulent wizard. She is my hero!

“Toto, I’ve a feeling we’re not in Kansas anymore.”

Here are some favorites from our Conversation Engagers:

Willy Wonka and the Chocolate Factory from Scilla Andreen

The Godfather from Scilla Andreen

More movies mentioned from around the table throughout the dinner:

The Salt of the Earth

To Catch a Thief

and the recently released Won’t You Be My Neighbor.

Movies relating to food came to mind, to no surprise considering that our conversation was shared while savoring a delicious feast of Northern Iranian cuisine. Babette’s Feast, Like Water for Chocolate, Tampopo, and Food, Inc. were a few titles mentioned.

Today, many people stream their movies, curled up on a comfortable sofa, sitting at an airport, or cramped into the middle row flying Seattle to Boston, or they view media on their handheld devices as they ride mass transit. In order to stay relevant, movie theaters are offering the MoviePass app that allows members to pay a monthly fee and go to any cinema as many times as they like. AMC, and others are offering dine-in theaters where food and drinks are delivered to your seat, and one guest shared that, in New York City, the IFC Center has converted all their tickets to reserved seating.

How and where ever you choose to watch, cinema remains a preeminent place to escape, to relate, to learn, and to be entertained.

If you’d like to know about future our SPHERE events, please provide your email below.